‘Gadar’ actor Sunny Deol is the latest from the film fraternity to throw his hat in the political ring. The 62-year-old joined the Bharatiya Janata Party (BJP) in the Capital.

The actor was welcomed into the party fold by union ministers Nirmala Sitharaman and Piyush Goyal. He took to Twitter to thank the BJP for a ‘warm welcome’.

Speaking on his political debut, Deol said that he was inspired by Prime Minister Narendra Modi and took the political plunge as he wanted to make a difference in public life, and would rather have his work speak for himself. 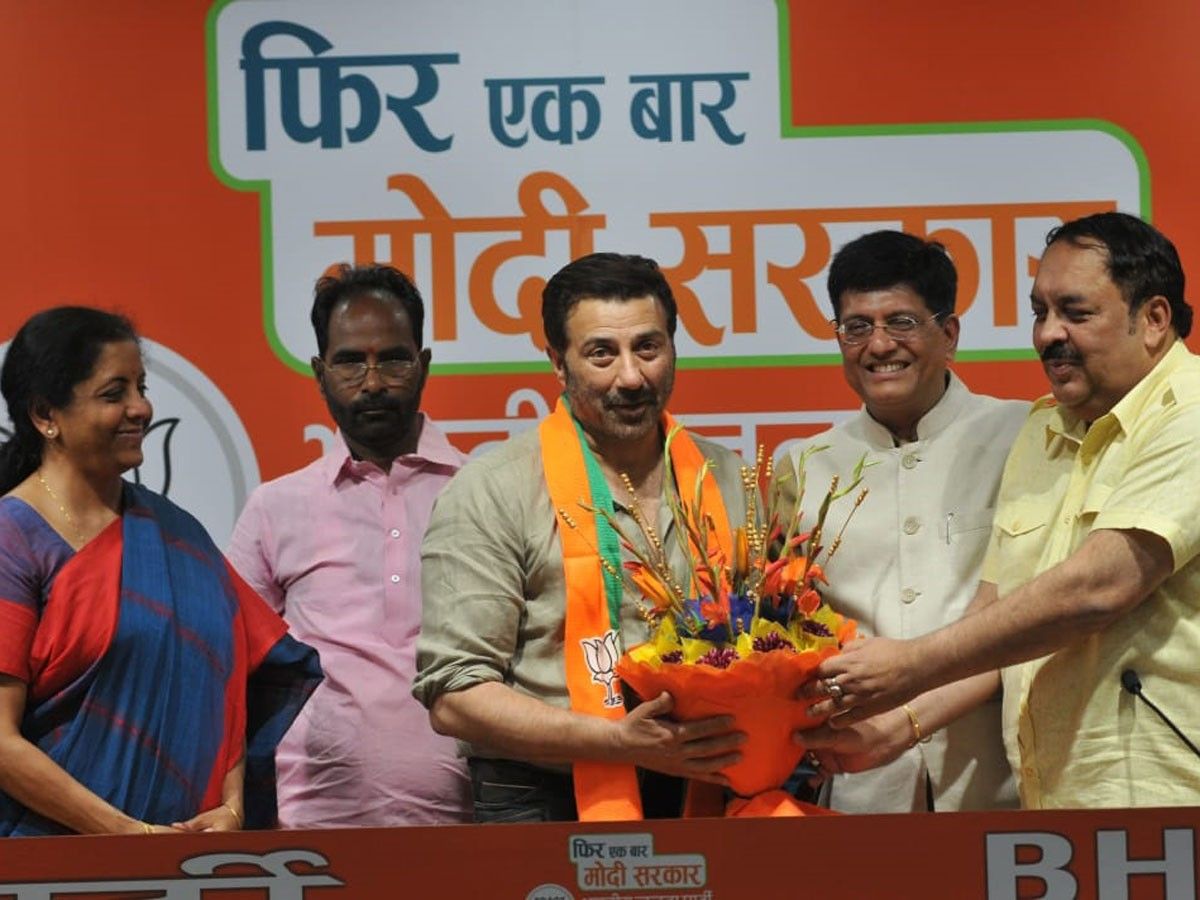 “The way my father (film star Dharmendra) was attached with Atal ji, today I have come to join Modi ji,” Deol, said, while addressing the media.
“Whatever I can do for this family (BJP), I will do it….I won’t talk, I will show you through my work,” Deol added.
“I still remember the incident of 2008 when his father was a parliamentarian . He was recuperating after a surgery but still on party’s call he attended the parliament and stood by the party. Later he went back to the United States to finish his treatment and this showed his commitment. Today we are bringing his son in party fold and I have full faith that he will work with the same passion,” said the Union minister.
Deol’s father, Dharmendra, was member of the 14th Lok Sabha of India, representing Bikaner constituency in Rajasthan. While Dharmendra’s wife, Hema Malini, is a BJP MP from Mathura and is contesting again from the same seat.