KGF Chapter 2 Teaser: Sanjay Dutt on Wednesday took to Instagram to reveal that the teaser of his upcoming film KGF: Chapter 2 will be releasing on 8 January. The actor shared a poster featuring his character Adheera in the film. 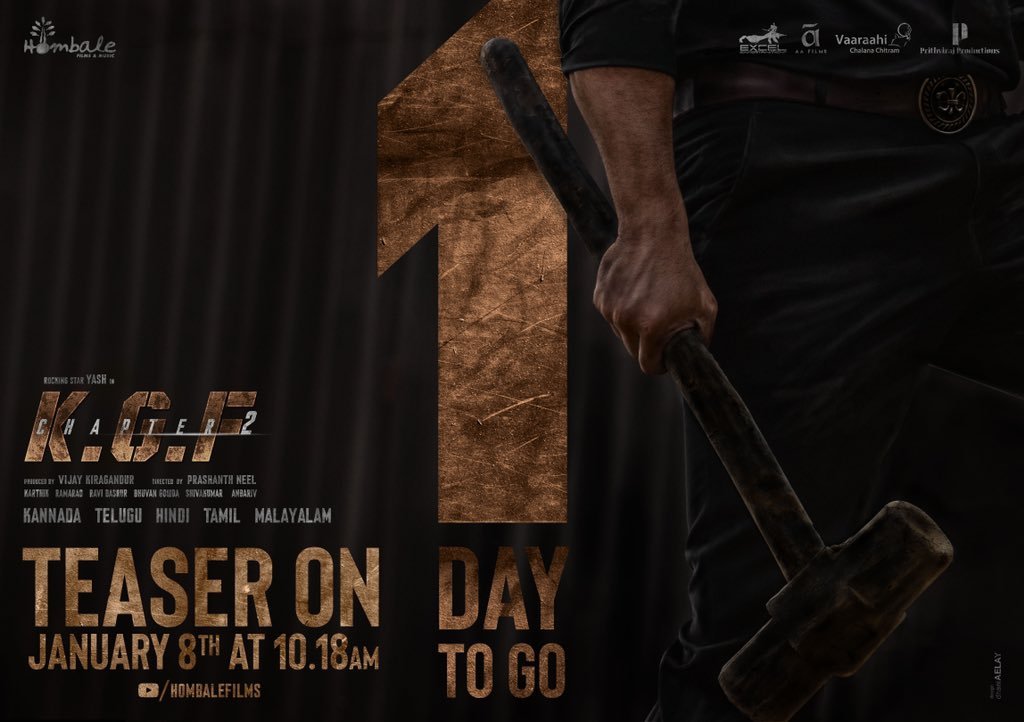 Directed by Prashanth Neel, the final schedule of KGF: Chapter 2 shoot began in November last year in Hyderabad. The film stars Yash, actor-politician Malavika Avinash, Raveena Tandon, Prakash Raj, Srinidhi Shetty, Achyuth Kumar. The makers of the film were expecting the shooting to wrap up by the end of October, but it got delayed due to the COVID-19 pandemic and subsequent lockdown.

KGF: Chapter 2 will complete the last schedule of the shooting by the second week of January. The film is expected to release this year, however, the exact date is yet to be announced by the makers of the sequel.

KGF: Chapter 2 is produced by Vijay Kiragandur under his banner Hombale Films. The film will be released in five languages — Kannada, Telugu, Hindi, Tamil, and Malayalam. The first film featured Yash in the lead. The underdog story sees the protagonist become an infamous gangster. It marked the debut of RiteshSidhwani and Farhan Akhtar’s Excel Entertainment into Kannada territories as a production house.

Varun Dhawan-Natasha Dalal to tie the knot on January 24?