Chetna Pande, Kanika Mann & Erika Packard Slays in Swimsuit: Khatron Ke Khiladi 12 is currently being shot in Cape Town. As the contestants perform stunts in the reality show, they also have been sharing their amazing photos and videos on their Instagram from the South African city. Kanika Mann, Chetna Pande, and Erika Packard are the latest whose sizzling hot bikini photos have gone viral across the internet. 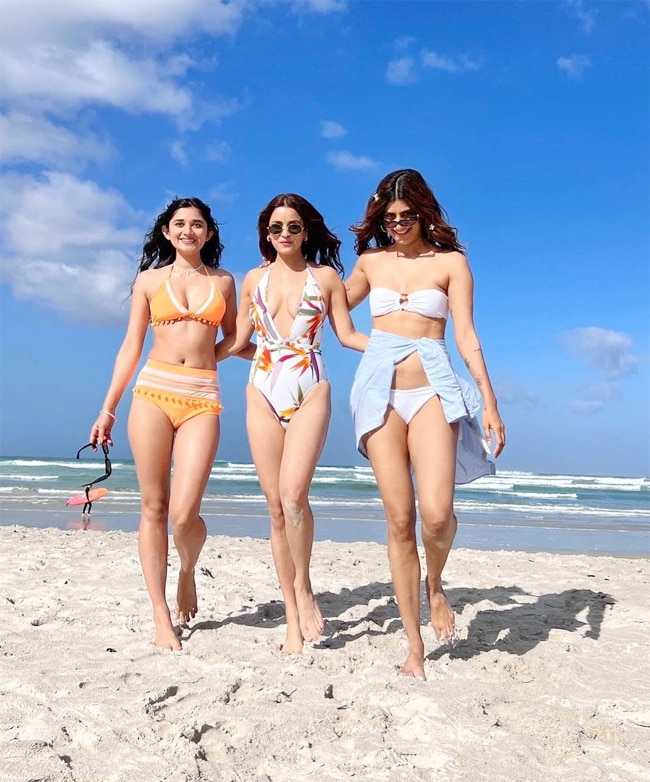 The three ladies Chetna, Erika, and Kanika have raised the temperature on the internet by flaunting their well-toned bodies in bikinis in these jaw-dropping photos clicked at the Cape Town beach. 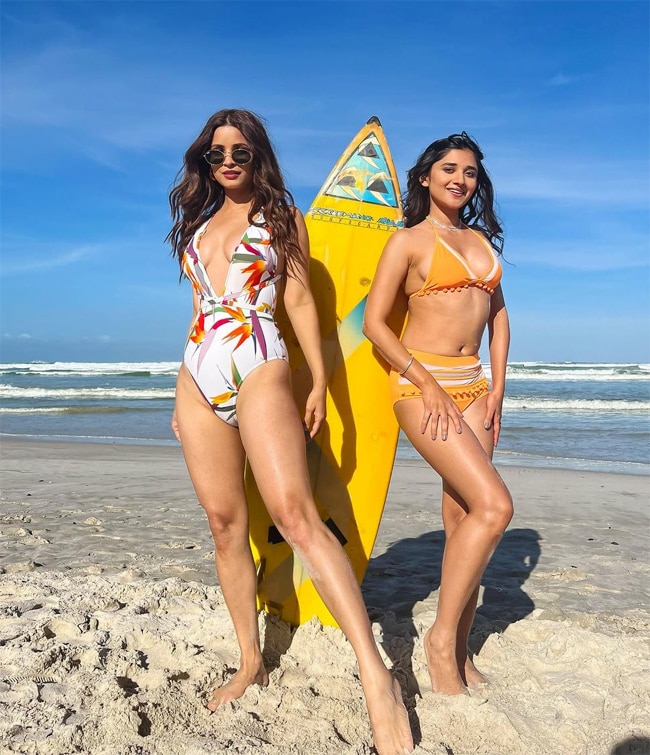 Lying near the beach in an orange bikini, Kanika Mann is a popular TV actress known for portraying the leading role of Guddan in Zee TV serial Guddan Tumse Na Ho Payega. 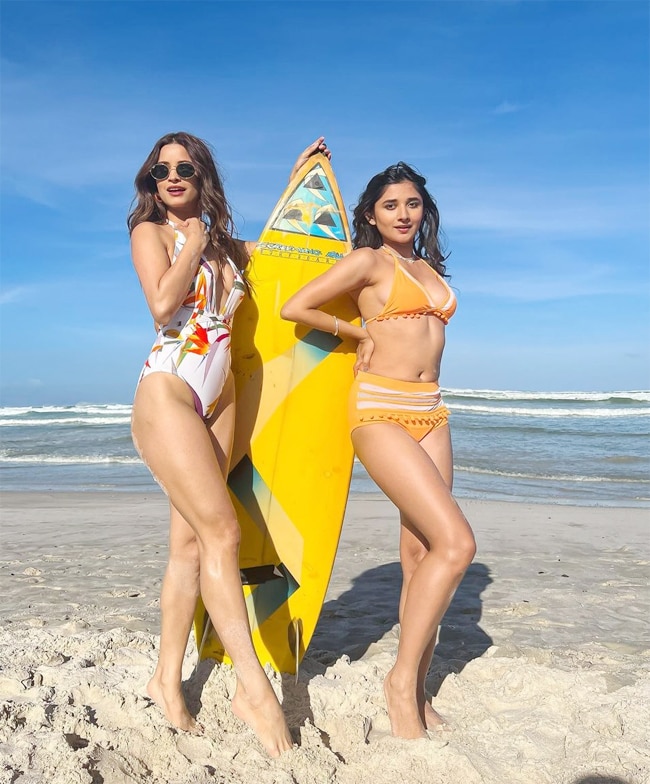 “Sandy toes, sunkissed nose”, is what the three sexy ladies captioned this set of photos while sharing them on their Instagram accounts. They also used the hashtags #baywatch and #beachvibes. 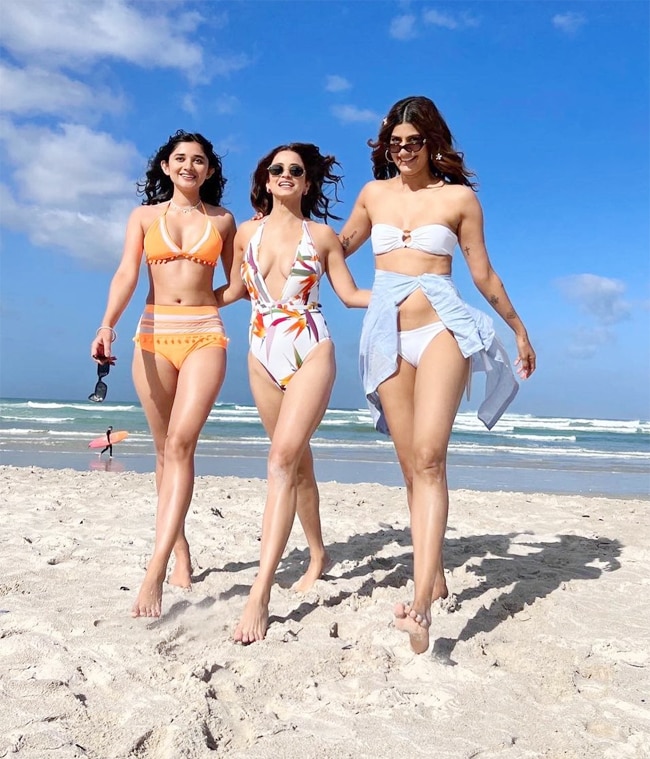 Making a stylish pose in a black bikini, Erika Packard is the daughter of famous actor Gavin Packard known for playing negative roles in 1990s Bollywood films such as Sadak, Mohra, and Chamatkar. 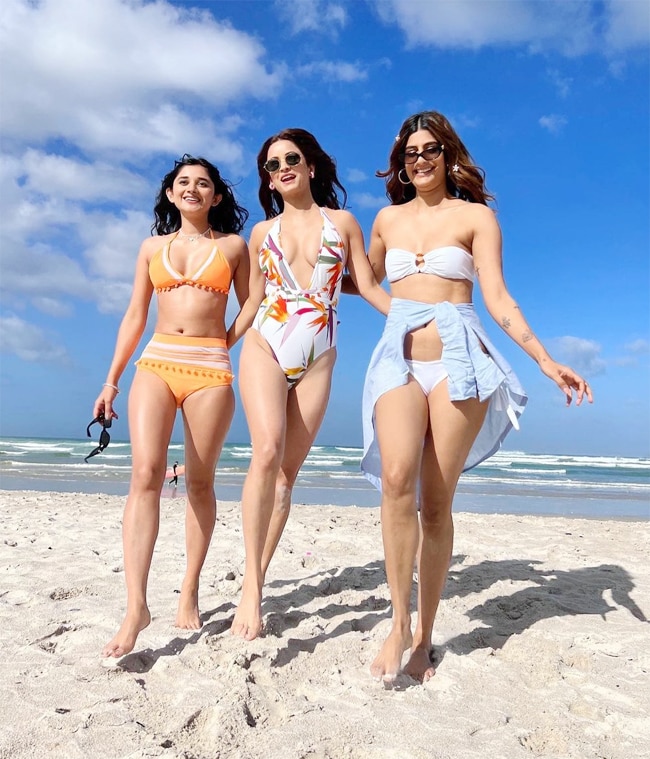