Actress Sakshi Dwivedi is teasing fans with her captivating pictures as she is busy chilling on the beaches of an exotic destination. Bikini-clad Sakshi is raising temperatures in a Blue Bikini as she poses in the beach. Sakshi was last seen in Sanjay Dutt and Aditi Rao Hydari-starrer ‘Bhoomi’, which also marked her debut as an actress in Bollywood.

She shot to fame post her appearance in the movie. Sakshi has also modeled for several brands and never fails to impress fans with her alluring photoshoots. 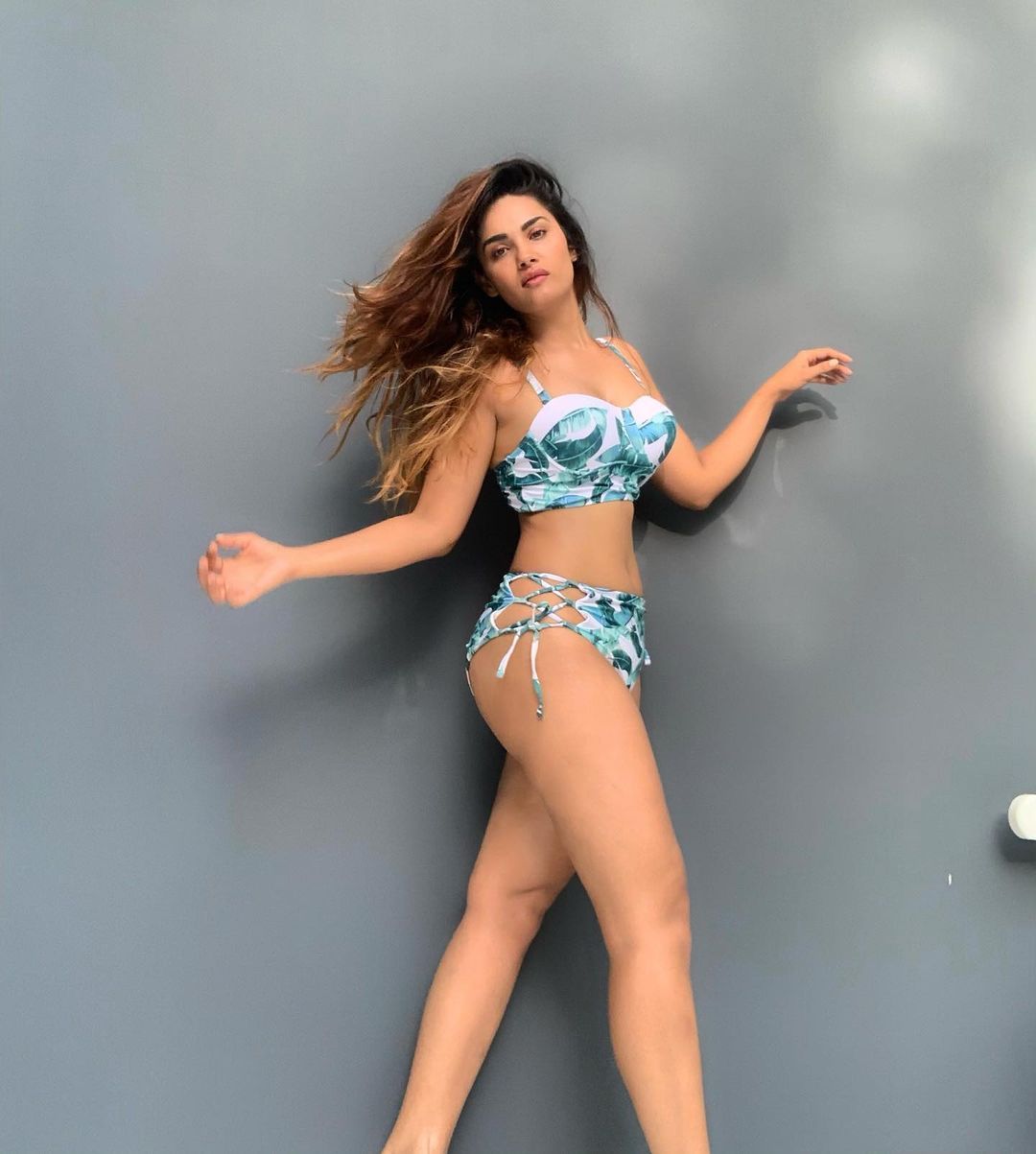 Sakshi, who has a huge fan following on Instagram, loves to travel and explore new places. As a model, she also featured in the Punjabi song of singer AVJ’s ‘Good Night’. Stunning Sakshi Dwivedi has also featured in Tamil and Telugu movies.

Sakshi Diwedi Flaunts her Sexy in Colorful Bikini While She Posing in Pool. Charming beauty Sakshi, who has managed to prove her mettle, ups the hotness quotient with her uber-glamorous looks. 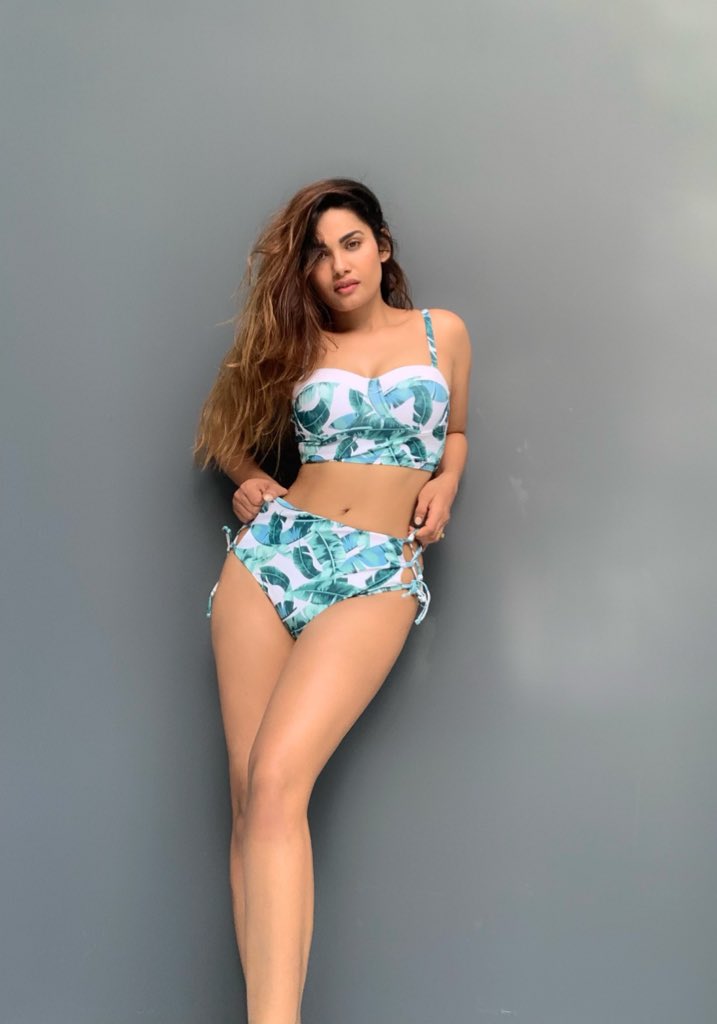 She is a complete stunner and can carry any kind of attire with utmost elan. Sakshi, who is still waiting for roles, surely has a long way to go in the industry. 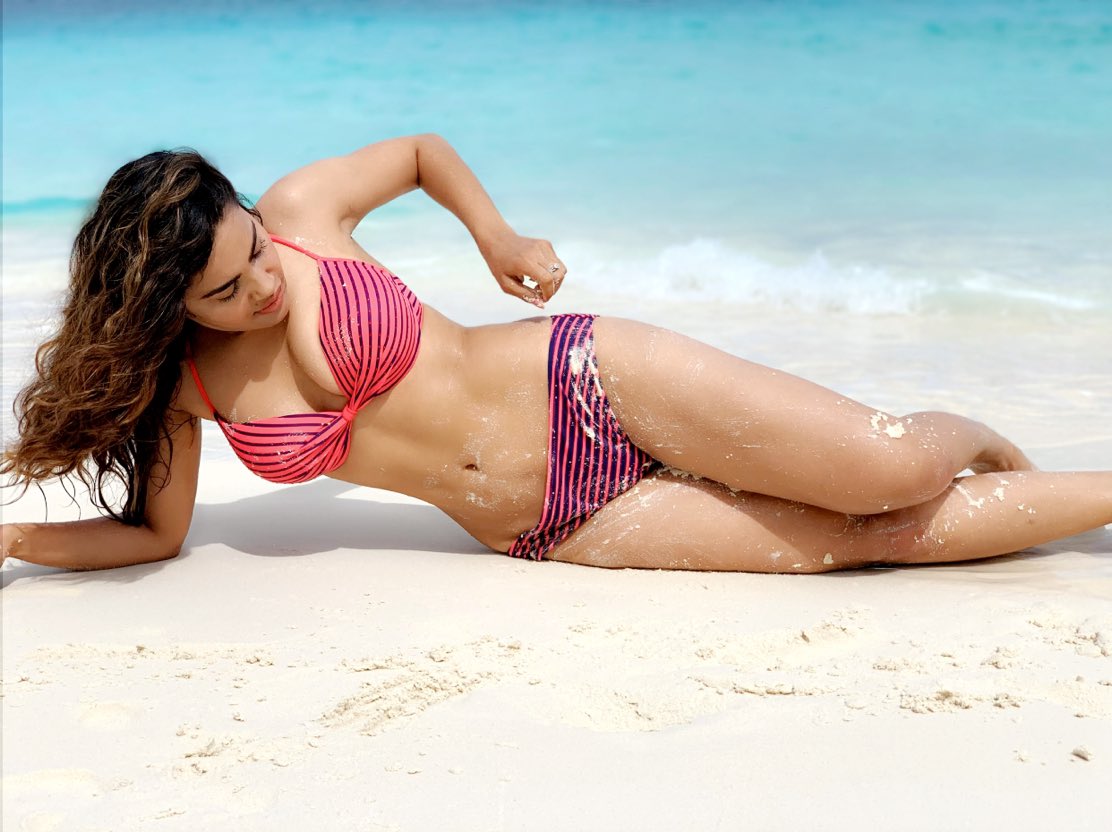 Apart from being a stellar actress, the young diva is also a model and has modelled for many brands so far. 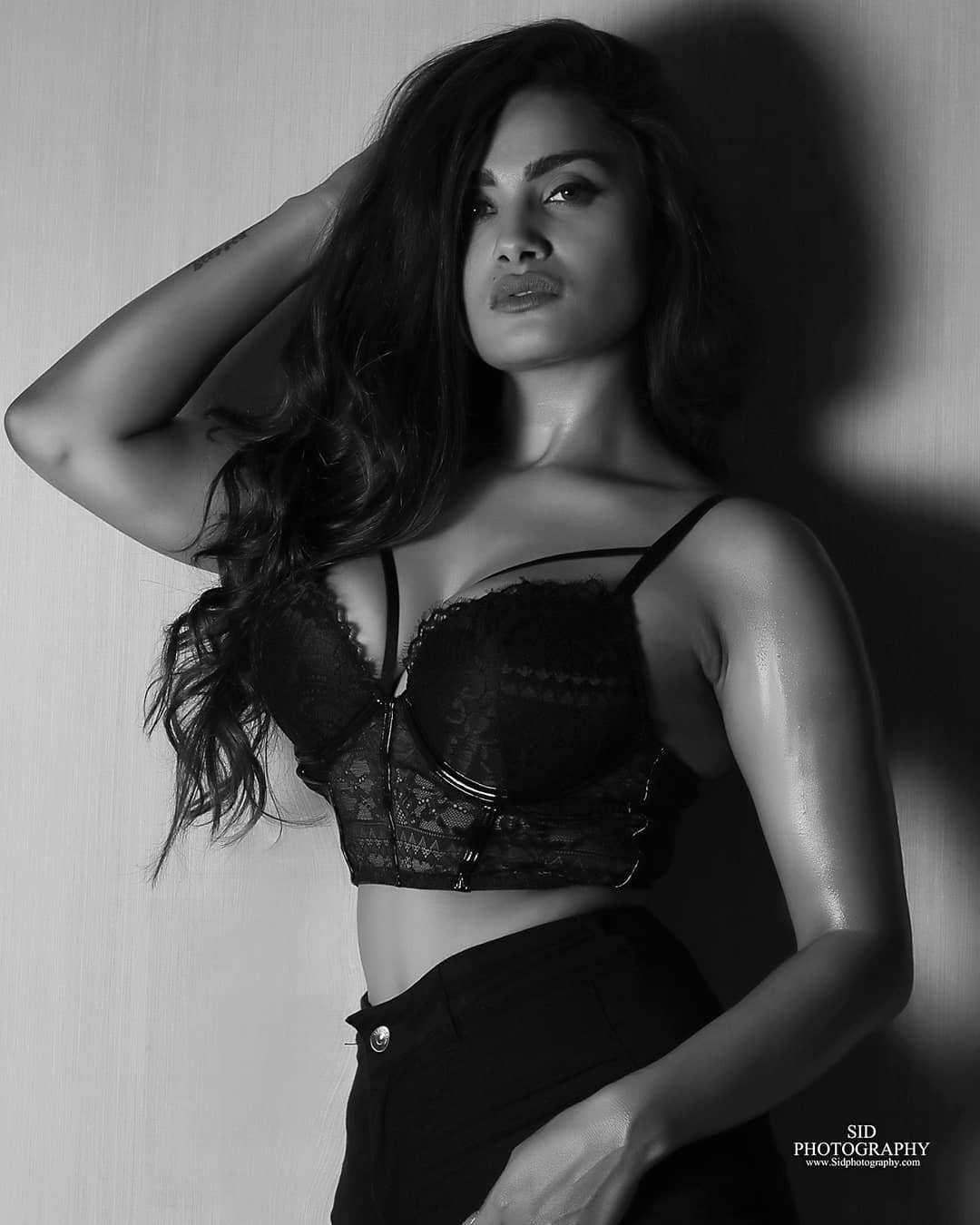