Shanaya Kapoor Hot in String Bikini: She may not have entered the film industry as yet but it seems like she is already making waves in fashion circles. With every photoshoot that she poses in front of the camera for, Shanaya keeps the trend meter working hard to only keep rising higher. Today we got our hands on some new pictures of Shanaya from her latest photoshoot. Her chic hairstyle is sure to take you back to the 90s. 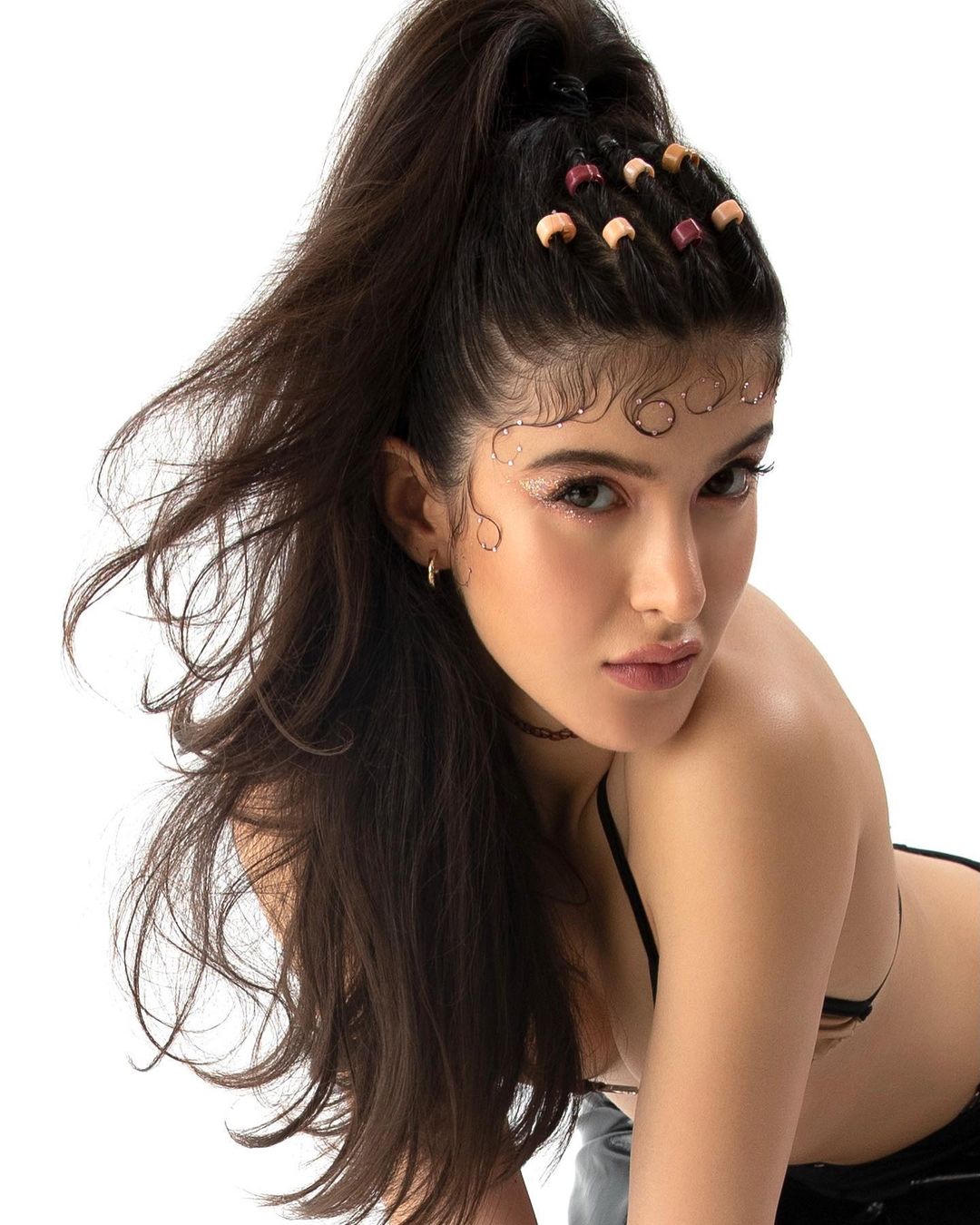 All of 21, the Bollywood celebrity’s latest photos took us back to the Y2K era which she grew up in. Shot by Sasha Jairam, Shanaya wears a g-string beige bikini with bottoms that peep over her leather-Esque trousers. What really drove it home however was her beautiful look. 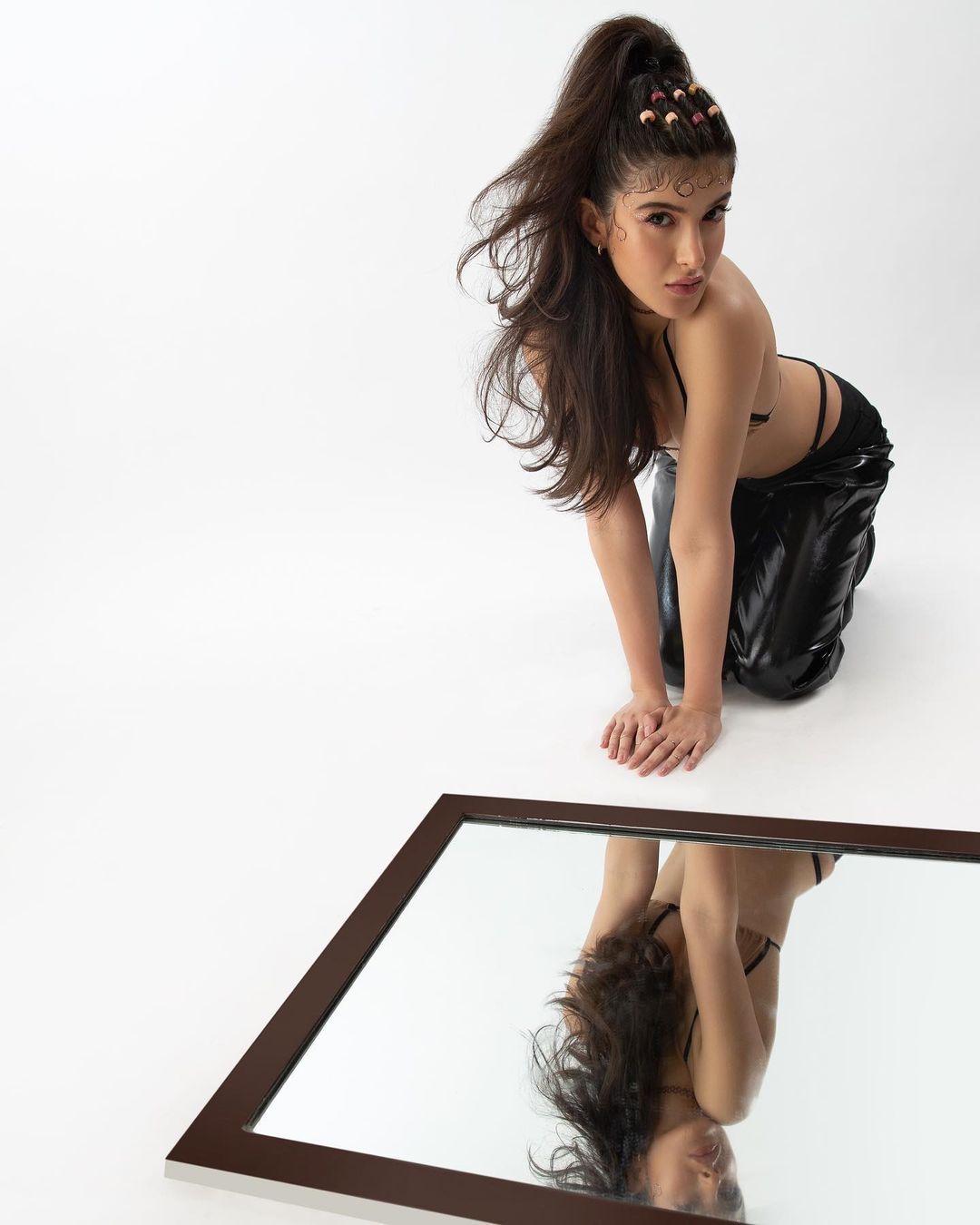 Circular claw clips embellished her high ponytail with baby hair that was stone studded and styled with a plentiful dose of body glitter. Now if that doesn’t take you straight back to the early 2000s, nothing else will. Shanaya, on the other hand, had worked as an assistant director on cousin Janhvi Kapoor’s film, ‘Gunjan Saxena: The Kargil Girl. Now, she is all set to make her big Bollywood debut with a Karan Johar film. 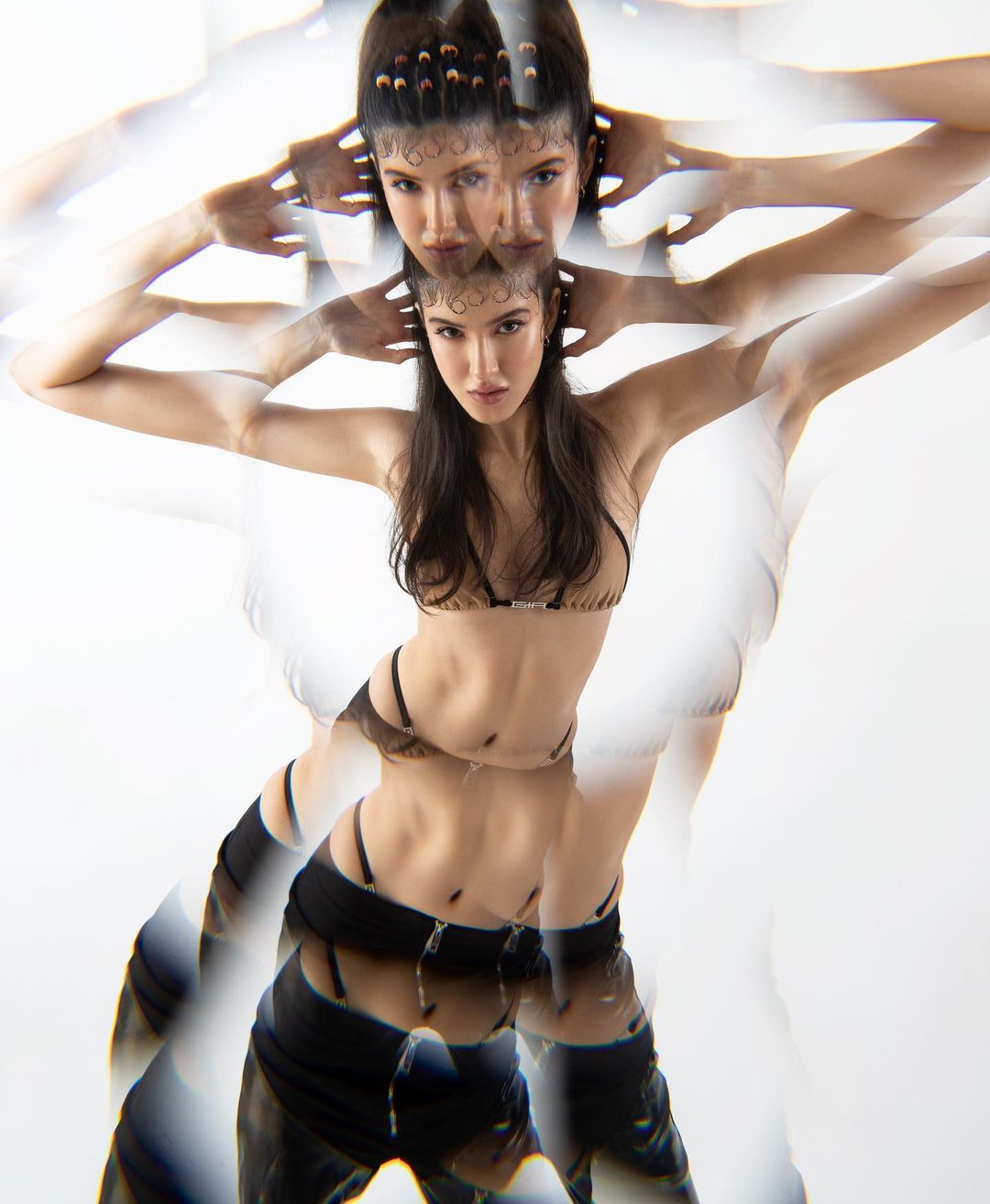 Announcing the same, Shanya had shared on her Instagram handle, ‘Woke up today with the most grateful heart! Here’s to a great journey ahead with the @dcatalent family. Excited to kickstart my FIRST FILM (ahhh!!) this July by @DharmaMovies, can’t wait for you all to see what we’re up to! Stay tuned! #DCASquad’ 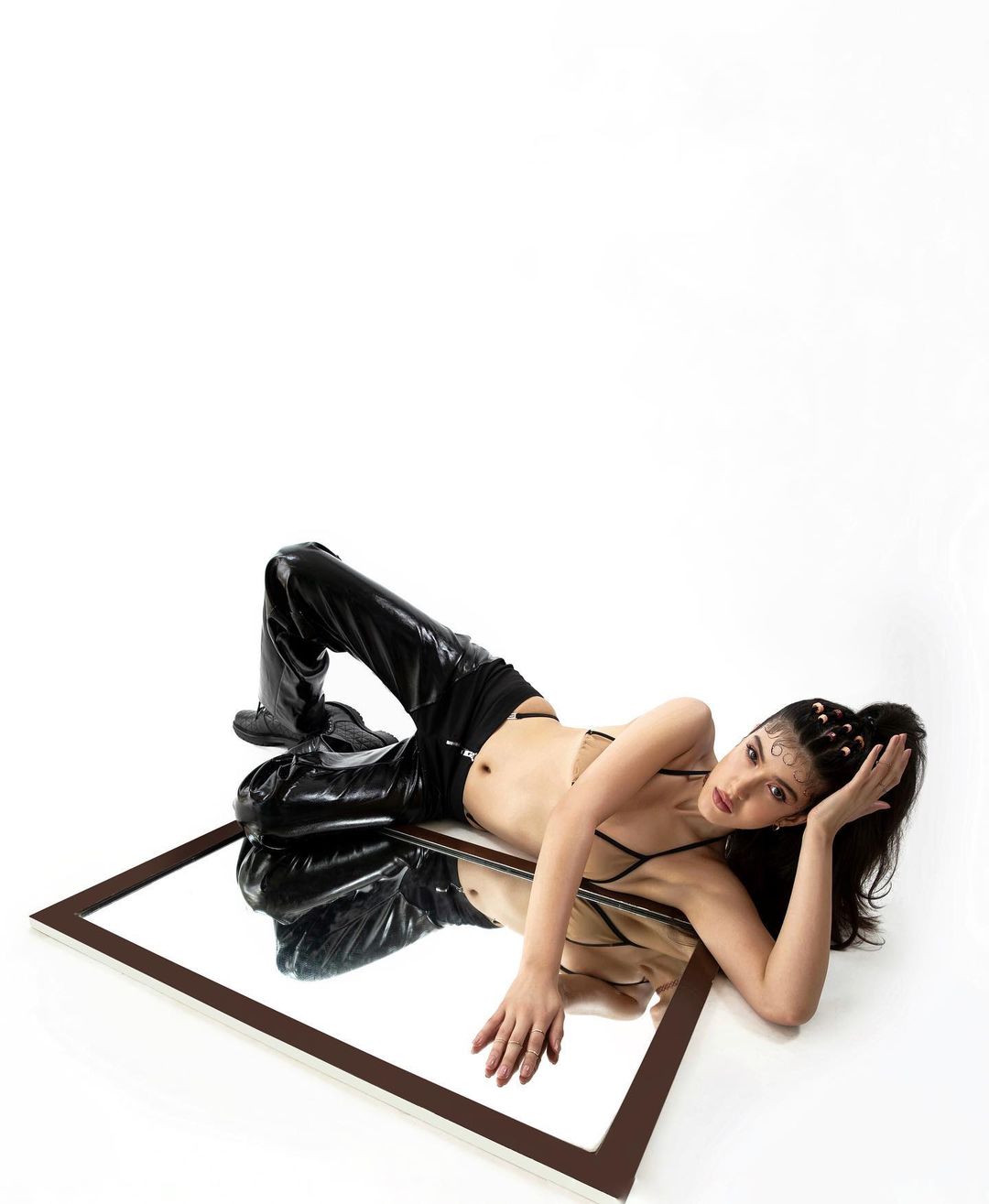